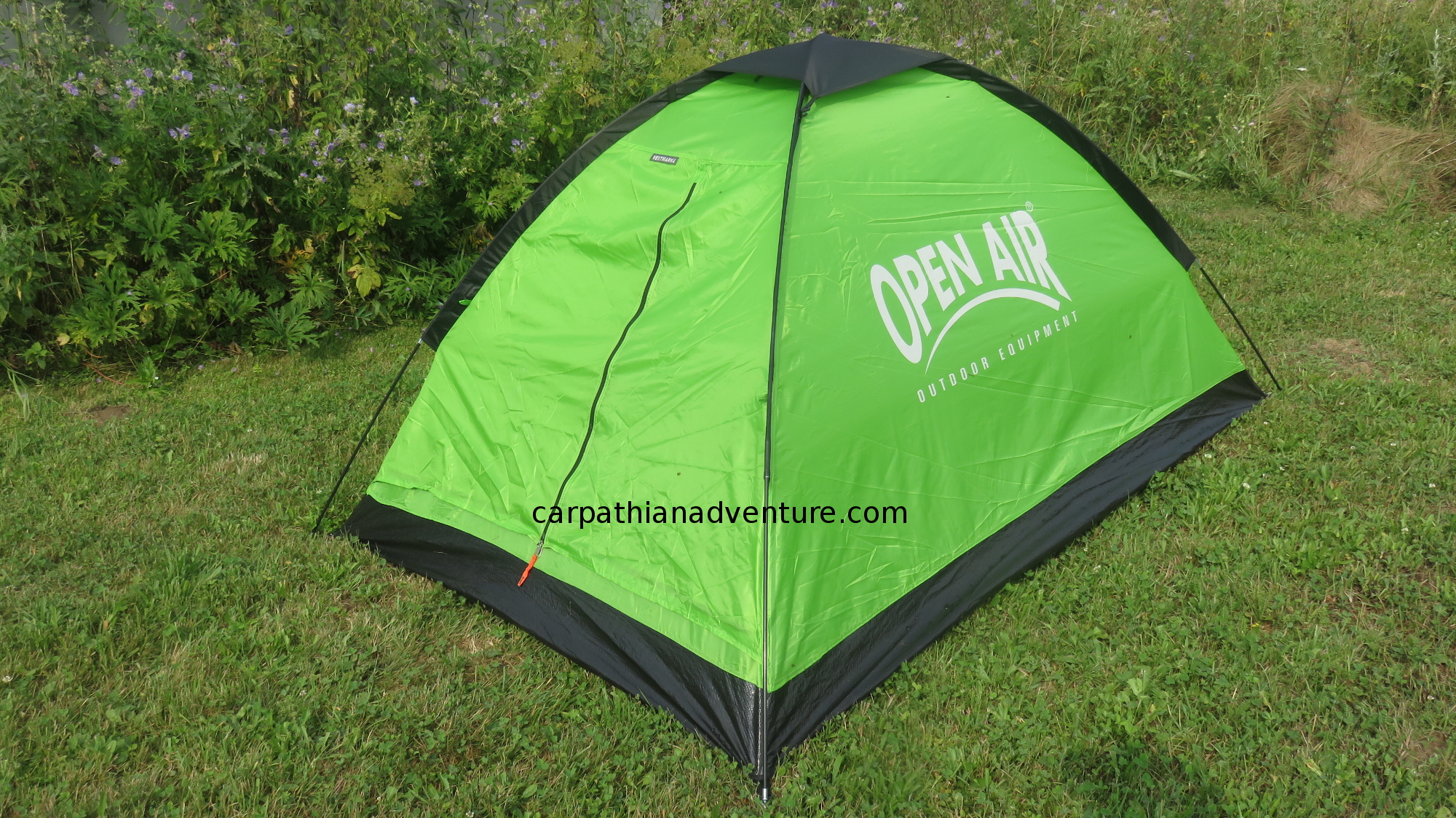 I bought this OpenAir Vestmarka tent in Jysk as a storage/baggage tent just to keep food and rucksacks etc in when we go camping. It was cheap at 15 Euros and has a rating of 450mm waterproofing.

When I got back to the house I put it up just to see what it was like. It was a scorching hot day and I thought the kids could play in it and maybe I’d sleep out in it that night. It only has 4 tent pegs which was worrying and there is no way of fully sealing the front flap, only the mosquito net, meaning it is useless for storing bags as anyone can see inside it.

Within an hour a huge storm appeared – we often get these in the Carpathians. Hurricane winds and lashing rain, lightning and thunder. As usual, the storm passed within another hour or so and I went out to check the tent. The inside was like a swimming pool but at least it hadn’t blown away. Utterly useless. The waterproof rating is a joke.

As a play tent it’s fine but I can understand why it was only 15 Euros. It definitely won’t be coming on any expeditions with me.