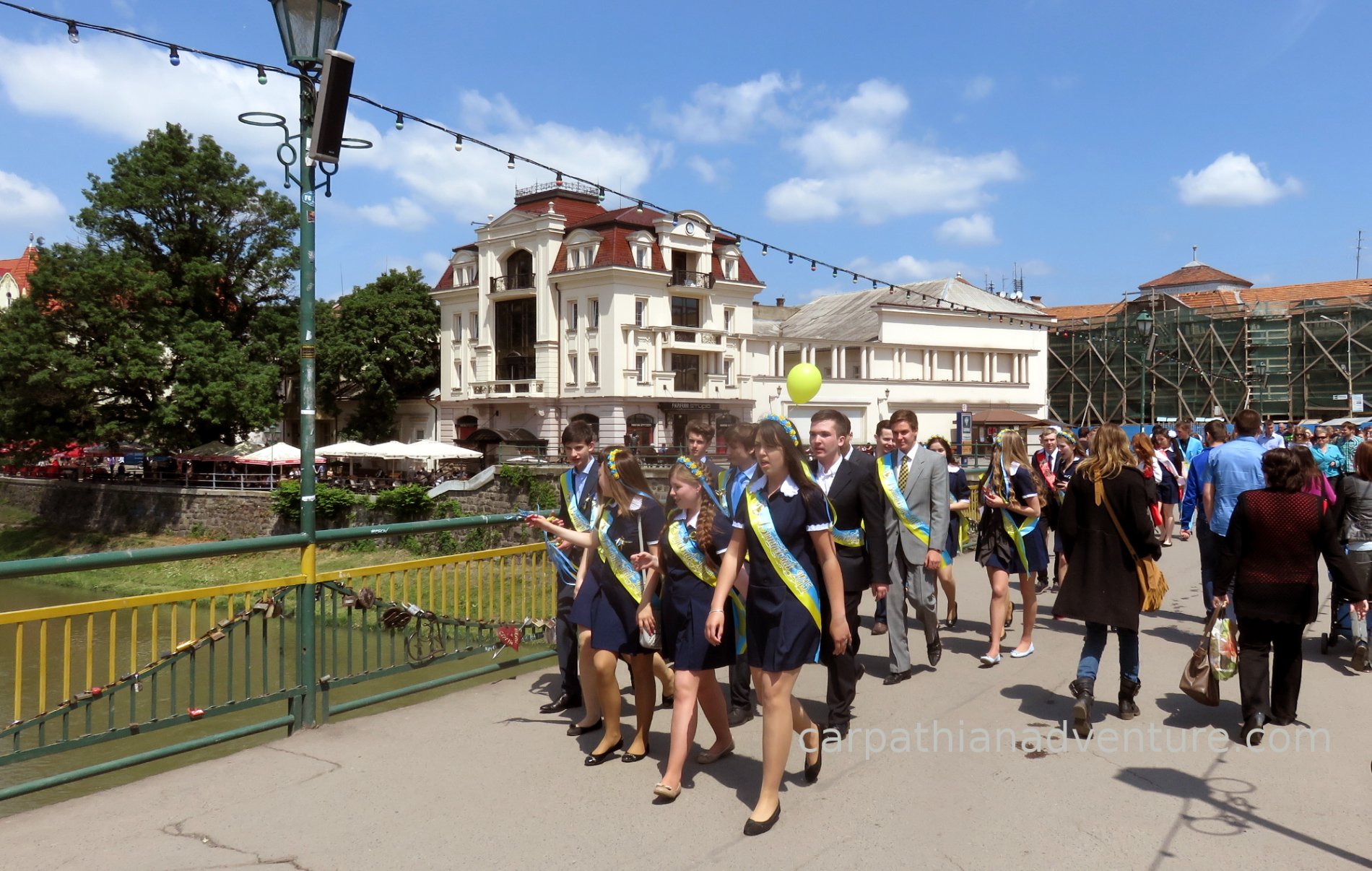 This week I’ve had my father and his wife visiting. As it’s a country my father hasn’t visited yet, we decided to go to the Ukraine. This time we went by coach as it saves a lot of time at the border and removes the hassle of paying for security parking. Altogether, there were 6 of us – my father and his wife, my brother and his girlfriend, and my wife and myself.

Unlike last time I visited, we didn’t go to the Carpathian region but instead went to the reasonably large city of Uzhorod. The coach dropped us and a few others off at a giant market just outside of the city and we arranged a time to be picked up. After an hour of walking around the market we decided to hop on a local bus (an experience in itself) and head into the town proper. It was a boiling hot day and the town centre was packed. All schools closed for summer holidays so there were thousands of kids walking round, many dressed in traditional costume, shouting “School’s finished!”. It was hard to get a seat in any of the myriad cafes and restaurants because there were school kids everywhere.

While the market just felt seriously dodgy, the town centre was surprisingly elegant and had a good happy atmosphere. Since the disbanding of the police force, their lack of presence was extremely notable.

While our visitors didn’t enjoy themselves as they were expecting something completely different, it wasn’t too bad of a trip. As usual, I was just pleased to get back over the border again without any hiccups.