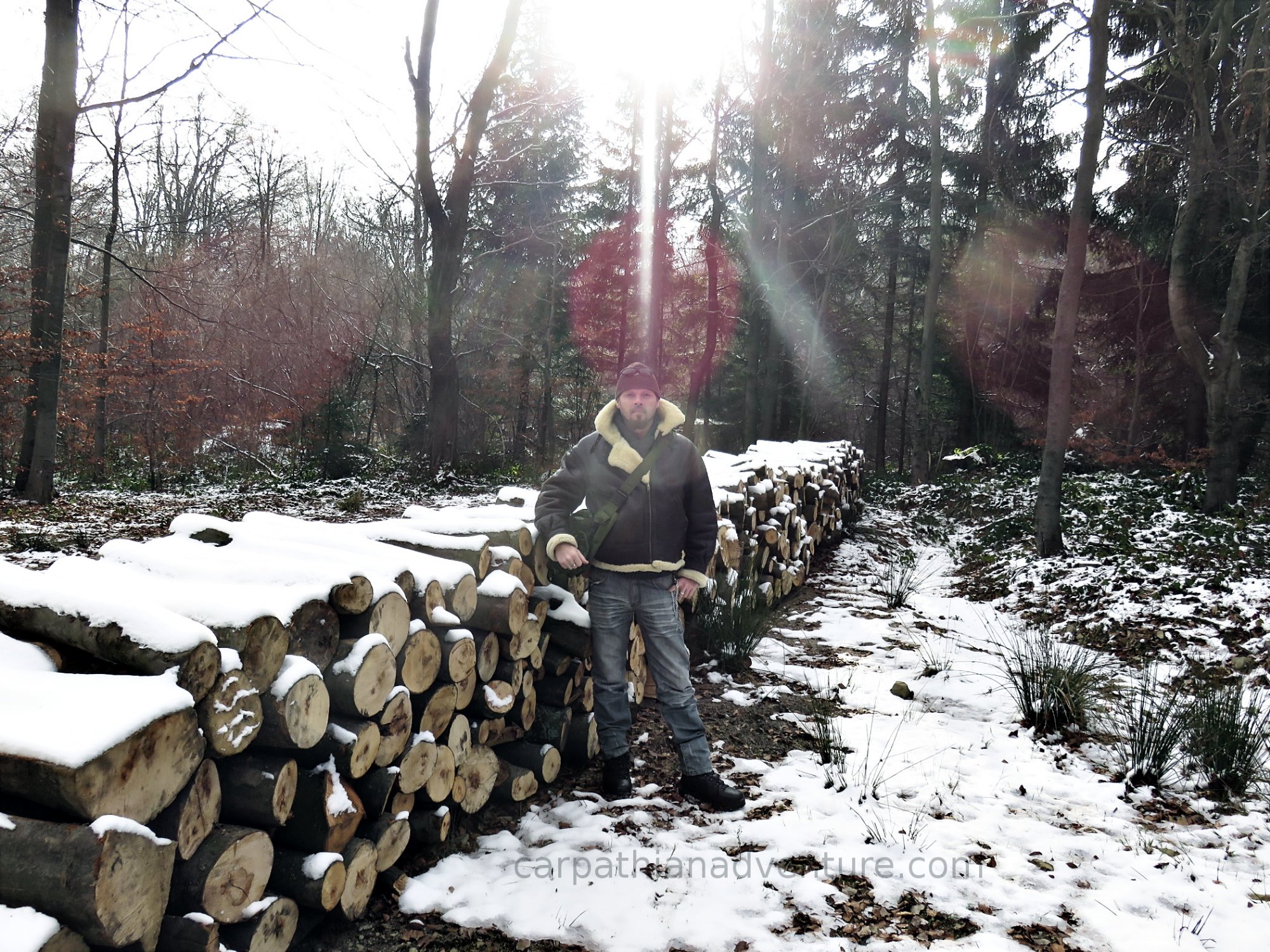 This season is somewhat like Limbo – the colours of Autumn have gone as all the leaves have fallen, yet the white of Winter has yet to arrive. Instead, the temperature has dropped uncomfortably low (-8 C in the mornings) and the land looks dead. It takes a huge effort to even venture outdoors. I’d wanted to photograph the stark white of the frozen forests on the hill tops but the blue sky quickly disappeared and was replaced by a grey, freezing fog which hid them.

This impressive log pile is just over the border into Poland, in the Magura National Park. We went again over the weekend, planning to take the kids for a walk in the forest, but the ambient just wasn’t inviting. In another month or so, when everything will be under thick snow, it will be more appealing. We passed a couple of beaver dams beside the road, and the artificial lakes the animals had created, and which had swamped parts of the woodland, were frozen over. no sign of the beavers though.

We switched off the water at the house and emptied the pipes as the temperature is plummeting too quickly and we don’t want to have to deal with the mess in Spring. I’m sure we’ll still have to replace the odd tap (faucet) or two but it’s the underground pipes which are of greatest concern.

Winter is a different world and this year looks like it’s going to be a nasty one.